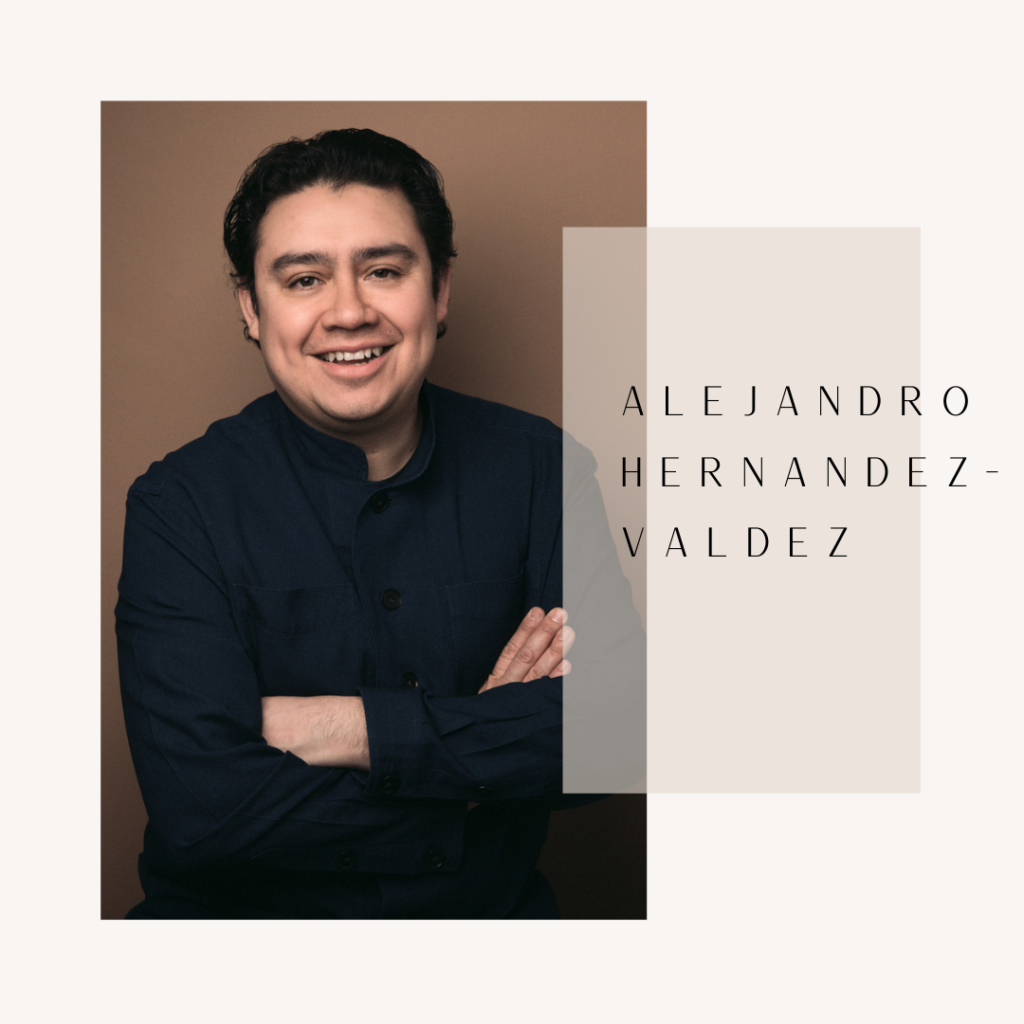 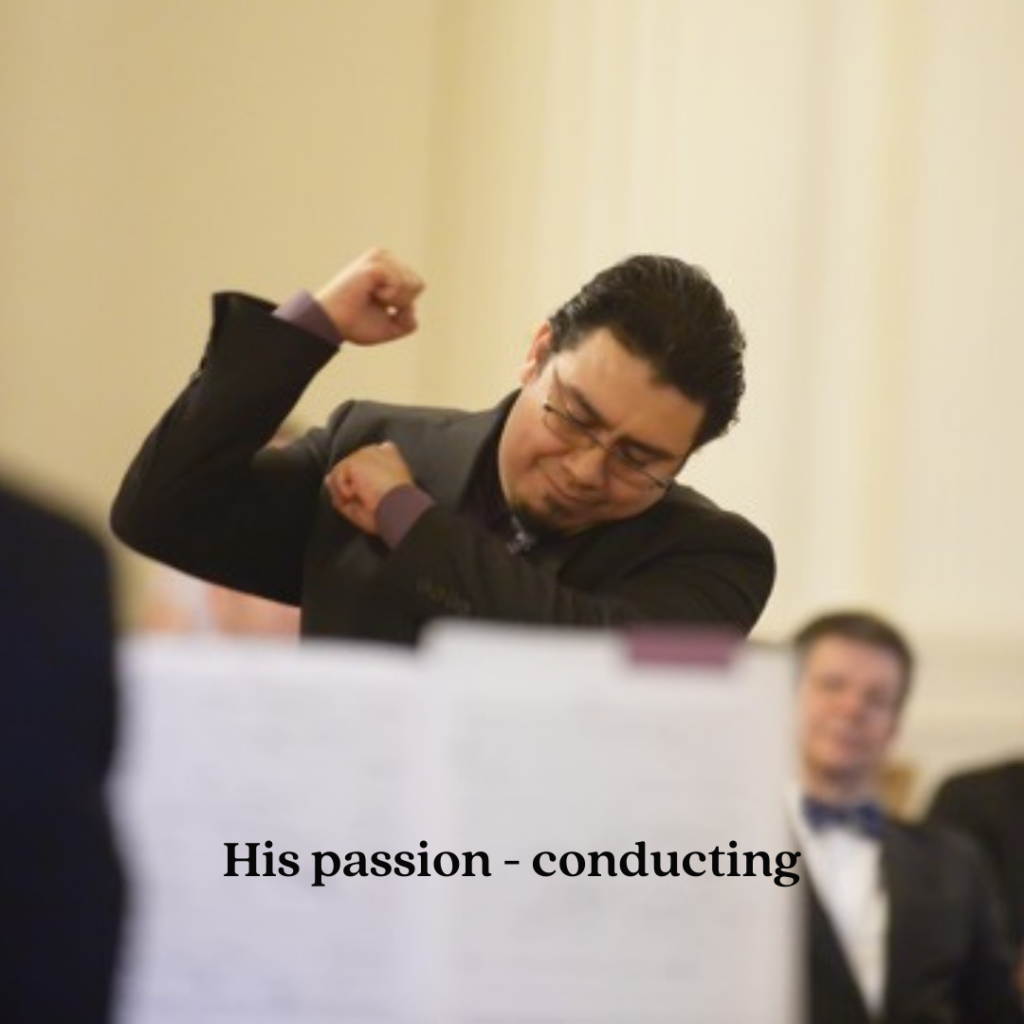 Esteemed conductor and pianist Dr. Alejandro Hernandez-Valdez is Artistic Director of Musica Viva NY and Director of Music at the historic Unitarian Church of All Souls in Manhattan. He is also Artistic Director and co-founder of the New Orchestra of Washington, and Artistic Director of the Victoria Bach Festival. He has earned accolades from The Washington Post as a conductor “with the incisive clarity of someone born to the idiom,” as well as praise from The New York Times for leading “a stirring performance” of Brahms’ Ein Deutsches Requiem. At a concert commemorating the 100th Anniversary of the WWI Armistice (featuring the world premiere of Joseph Turrin’s cantata, And Crimson Roses Once Again Be Fair) Oberon’s Grove wrote: “Maestro Alejandro Hernandez-Valdez drew rich, warm sounds from the musicians” in “a beautiful and deeply moving program.” He is featured in El mundo en las manos/Creadores mexicanos en el extranjero (The World in Their Hands/Creative Mexicans Abroad), a book by the Mexican Ministry of Foreign Affairs honoring Mexican nationals who are leading figures in diverse artistic fields. He is the recipient of a 2016 Shenandoah Conservatory Alumni of Excellence Award for his exemplary contribution to his profession, national level of prominence, and exceptional integrity. He divides his time between the Washington D.C. Metropolitan Area and New York City.

In 2016, during its 40th anniversary season, Hernandez-Valdez was named the third Artistic Director of the Victoria Bach Festival in Texas. As Mike Greenberg wrote in Classical Voice America: “A big question mark hung over the venerable Victoria Bach Festival two years ago when the brilliant Craig Hella Johnson, its artistic director since 1992, decided to give up the post…Johnson’s successor has replaced the question mark with an exclamation point — perhaps more appropriately, given his Spanish name and Mexican provenance, two exclamation points: ¡Alejandro Hernandez-Valdez!” “The results,” Greenberg continued, “were astonishing.”

Founded in 1977, Musica Viva NY was recently praised by The New York Times as “an excellent chorus.” The ensemble has a longstanding tradition of top-caliber performances, innovative programming, and a strong dedication to the commissioning of new music. Its alumni include Renée Fleming and Samuel Ramey. Since taking the helm at Musica Viva NY in 2015, Hernandez-Valdez has presented an exceptionally broad repertoire in each of the choir’s seasons, engaging and inspiring audiences with remarkable interpretations of familiar and new works, and exploring the acoustical capabilities of the historic sanctuary of All Souls Church.

As the Artistic Director and co-founder of the New Orchestra of Washington (NOW), a chamber orchestra that “has constituted itself in the forefront of this smaller-is-better movement” (The Washington Post), Hernandez-Valdez has led two performances for Trinity Wall Street’s concert series: the New York premiere of Julian Wachner’s Chamber Symphony (a NOW commission), and Gustav Mahler’s Fourth Symphony, which the ensemble also recorded. In October of 2017, NOW released Bespoke, a CD featuring works by Joel Friedman (a Washington, D.C.-based composer), Elena Ruehr (a Boston-based composer), and Julian Wachner (a New York City-based composer) that were tailor-made for the innovative ensemble.

Hernandez-Valdez’s guest conducting engagements include appearances at The Kennedy Center in Washington, D.C., Lincoln Center in New York City, and the Degollado Theatre in Guadalajara, Mexico, where he directed the Jalisco Philharmonic. As a pianist, Hernandez-Valdez performed for the 2013 Britten100 festival in New York, organized by the Britten-Pears Foundation to honor the 100th anniversary of the titular composer’s birth. As a composer and conductor, he led the premiere of his own composition, The Imaginary City, a cantata inspired by the life of Ramzi Aburedwan, a violist who has opened schools throughout Palestine to teach music to children in refugee camps. He also arranged and premiered the chamber orchestra version of A Song of Nature by Seymour Bernstein. Mr. Bernstein, the subject of Ethan Hawke’s 2014 documentary film, Seymour: An Introduction, is one of Hernandez-Valdez’s most influential teachers and mentors.