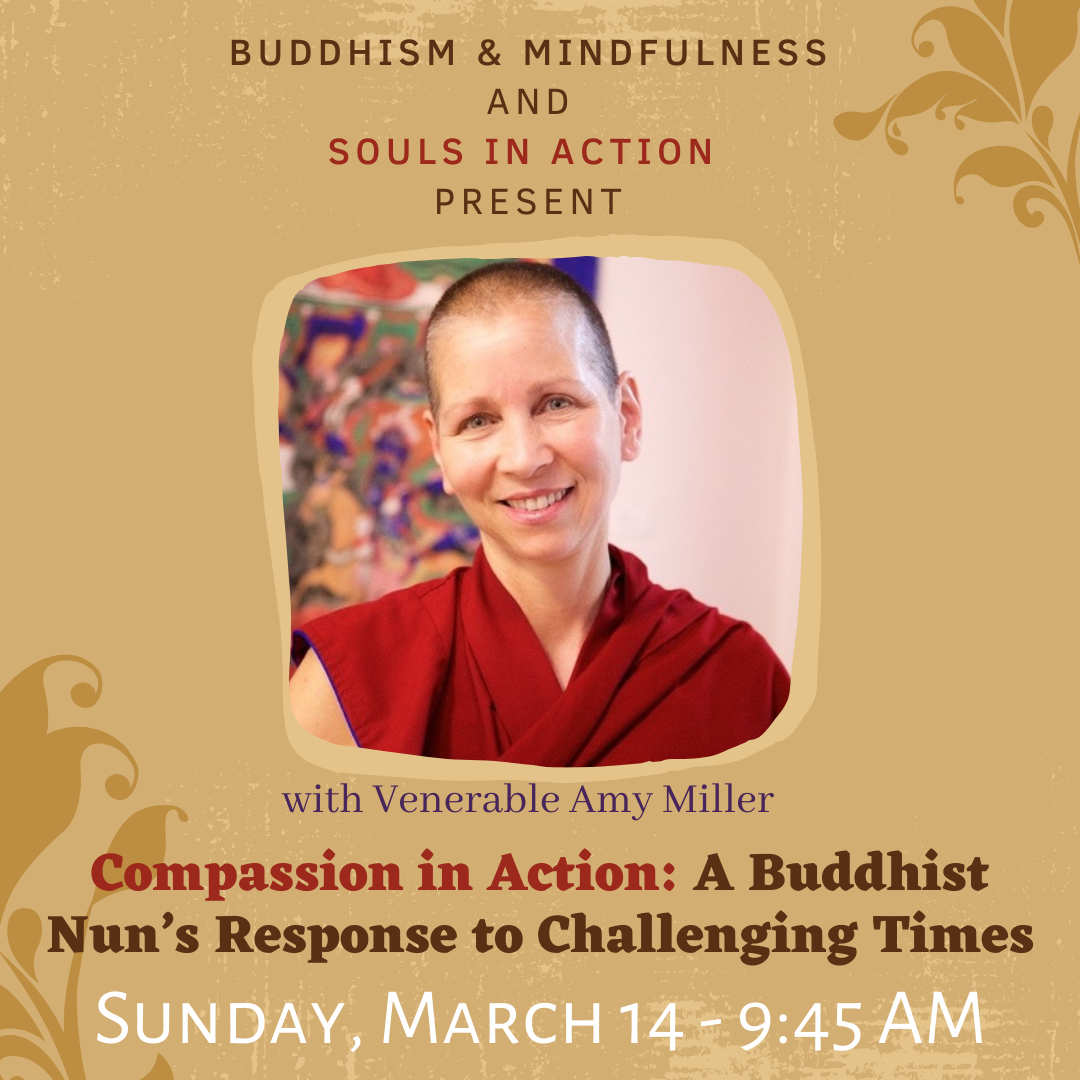 Compassion in Action: A Buddhist Nun’s Response to Challenging Times

Amy J. Miller (Ven. Lobsang Chodren) is a Buddhist nun in the Tibetan tradition. Prior to encountering Buddhism, Amy was a political fundraiser in Washington, DC and also worked for Mother Jones Magazine in San Francisco, California. Amy will talk about how her monastic life of study, retreat, and teaching empowers her political activism. She will also discuss how her spiritual life informs, yet also balances her social justice and hospice work within her community in her home city of Philadelphia, as well as with Buddhist centers around the world.

Amy J. Miller (Ven. Lobsang Chodren) first encountered Buddhism in 1987 at Kopan  Monastery in Nepal and has been ordained since 2000. She has spent a great deal of time  engaged in meditation retreats, study, teaching, and Buddhist center management. Prior  to studying Buddhism, Amy was a political fundraiser in Washington, DC and also  worked for Mother Jones Magazine in San Francisco, California. She also trained as a hospice counselor during the peak of the AIDS epidemic in San Francisco and offers  courses and retreats on death and dying and end-of-life care.

Amy also leads pilgrimages to Buddhist sites. The next trip will be a trek from April 26 – May 14, 2021 to Lawudo Retreat Center in the Mount Everest region of Nepal. A 3-day  retreat will be included along with a visit to Lama Zopa Rinpoche’s birthplace. See her website below for more information.

Amy’s teaching style helps people connect with meditation and mindfulness in an effort  to gain a refreshing perspective on normally stressful living.

She is also the co-author of FPMT’s Buddhism in a Nutshell. For more information on  Amy’s teaching schedule and courses, see www.AmyMiller.com. Amy currently resides in Philadelphia in the United States.