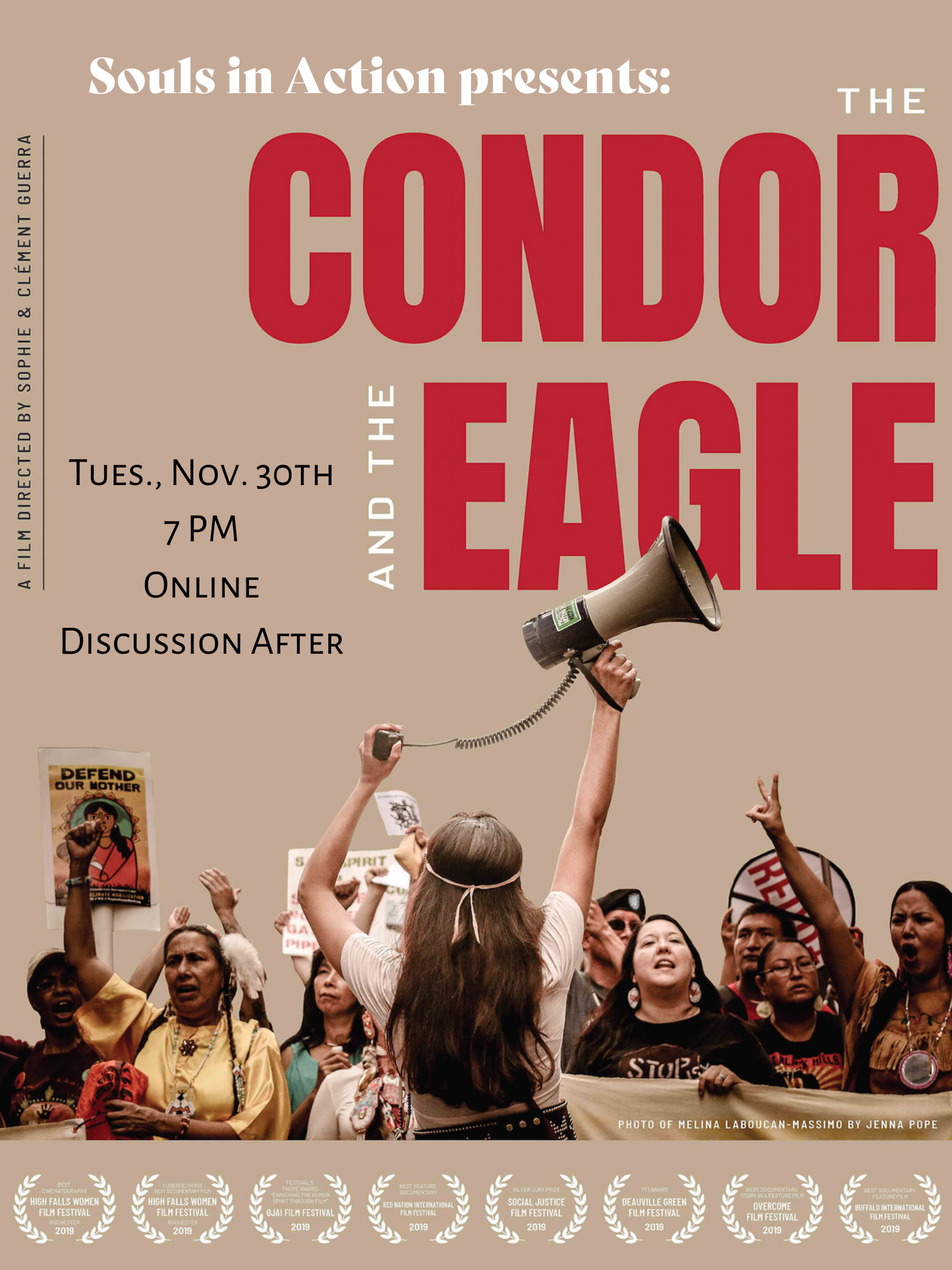 Special Screening: The Condor & the Eagle

Special Screening: The Condor & the Eagle

Join All Souls and the UU Ministry for the Earth for this important film: “Indigenous environmental leaders embark on an extraordinary trans-continental adventure from the Boreal forest to deep into the heart of the Amazonian jungle to unite the peoples of North and South America and deepen the meaning of “Climate Justice”. The Condor & The Eagle documentary offers a glimpse into a developing spiritual renaissance as the film four protagonists learn from each other’s long legacy of resistance to colonialism and its extractive economy. Their path through the jungle takes them on an unexpectedly challenging and liberating journey, which will forever change their attachment to the Earth and one another. The Condor & The Eagle premiered in October 2019 at the Woodstock Film Festival, was selected by 28 world-renowned film festivals and has won 8 awards including Best Environmental Documentary at the 2019 Red Nation Film Festival.”