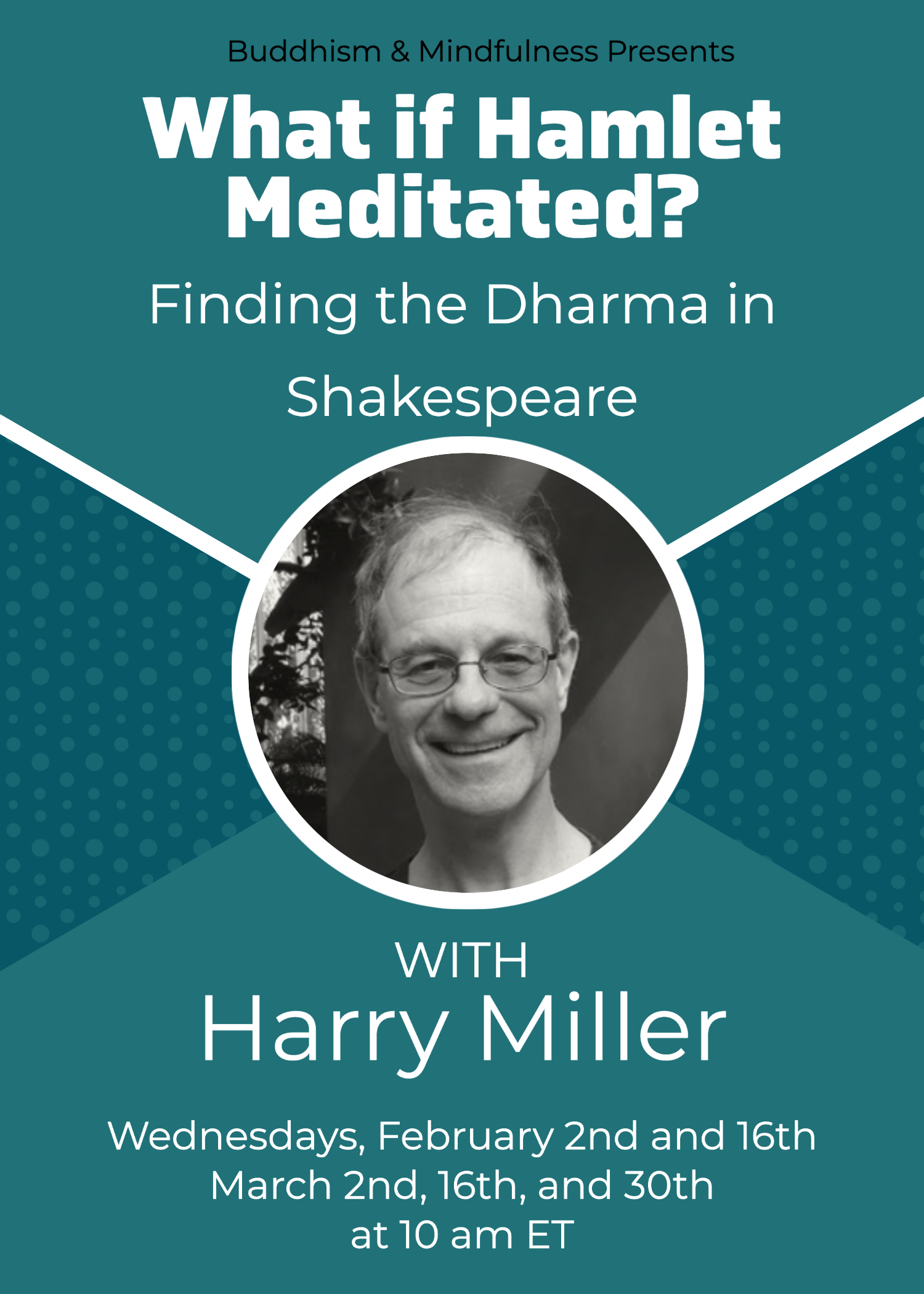 What if Hamlet Meditated? Finding the Dharma in Shakespeare with Harry Miller

Join us on Zoom!

The talks will delve deeply into Shakespeare’s Hamlet, and examine the plot, themes, and characters as they might be understood from both a literary point of view and in a Buddhist/Zen/Chan context.

The aim of the talks is to show that we are subject to the same kinds of stress that comes from the greed, hatred and ignorance that Shakespeare’s characters suffer from, but fortunately, the outcome is not usually so lethal for us. It is not always easy to recognize where we ignore reality and where we make it all up. Looking at Hamlet’s characters as (negative) role models can be instructive indeed.

All the characters in the play from Claudius to Ophelia to Hamlet react to and misinterpret the world and the people around them, much as we often do. Exploring foundational Buddhist teachings through the lens of the play can illuminate our understanding of the Dharma and ourselves.

Harry Miller is a member of All Souls who has studied Buddhist meditation for 45 years and leads a drop-in Dharma study group in our Buddhism & Mindfulness program.  Harry was a student of the renowned Zen teacher, Chan Master Sheng-yen, for 30 years. He is a docent at the Rubin Museum in Chelsea, where he also leads Dharma study groups.  He teaches meditation and philosophy at the Chan Meditation Center in Queens, and  edited the Chan Newsletter for 10 years. Harry was awarded an NEA grant for Chinese translation, and holds a BA in French and English literature from Sarah Lawrence and an MA in Chinese Literature from Columbia University.